Home » Blog » What is the future of management in the new world of work? The role of the manager is a 20th century concept. The classic planning, leading, organising and controlling model was initially proposed by Henri Fayol in 1916.  Fayol was the MD of a French coal mine and an industrialist.  The emphasis of the era was on finding ways to maximise productivity.  Other classical management theorists of the day included Frederick Taylor with his famous time and motion studies where tasks were broken up into minute parts and allocated to people who were generally on a production line.  Each task was timed, and the production line moved at the average speed.  In this workplace environment management was involved with planning the tasks, organising the production line, staffing it and then controlling deviations from the average expected output.

So, the classic management theory that is still taught as PLOC in business schools and universities around the world was developed with the industrial manufacturing era worker in mind.  One that worked 40 hours a week, in a fixed factory, with fixed manual tasks that needed to be completed in a predetermined way.  No constant change, little need for creativity, no real application of knowledge, no need for continuous life long learning, and a manager who either patrolled the factory floor or was cloistered away in an office with a glass window so he (yes it was almost always a “he”) could still see the factory floor.  He made all the decisions.

But modern workplaces are not like this.  The 21st century worker is a knowledge worker, part of a team (possibly even a self-directed team with no manager), they need to keep learning to stay relevant, they are not office bound and could be based anywhere in the world, they change jobs frequently, value work-life balance, demand regular feedback, need to trust their co-workers and see no value in hierarchical structures.

And, if the world of work and the worker has changed this dramatically how can the role of the manager have stayed the same?  It can’t – the role of the manager needs to evolve as well.  The legacy management model is constraining business growth and prosperity.  21st century managers need to be leaders.  They need to focus on the management of resources such as IT, systems, infrastructure and money and focus on leading their staff.

Modern managers need to be team enablers, high performance coaches, trusted mentors and empathetic guides.  They need to be able to drive collaboration and mentor through change.  They need to be able to sketch the goals and guide the team to formulate the tasks and the measuring criteria.  They need to facilitate training and help people grow.  They need to encourage disruption and be tolerant of mistakes for that is a way of learning, creating and disrupting.  They need to rely less on fear and power and more on the creation of trust which will replace the bureaucratic rules that currently define expectations and relationships at work.

And, critically, modern managers need to be able to convey trust, emotion and motivation through electronic media as many of their employees will not be in the same space, time zone and even culture as the manager.  In fact, in the modern world the ability to communicate electronically with the same passion as one does face-to-face will become a critical skill.  And this involves both the encoding and deciphering of a message.  And in a world where communication skills are floundering this poses a big challenge to e-leaders and e-managers.

Most of all modern manager-leaders need to leave the planning and controlling of tasks to the team that is responsible for achieving the tasks.  The team will also organise itself to get the task done.  And the leading can be left with the leader-manager.

So, in summary, we have moved from a linear planning – leading – organising – controlling model to a complex wheel of inter-related behaviours underpinned by strong electronic communication skills and emotional intelligence.

What are your views on 21st century management? Let us know in the comments below.

Karen Deller
(DLitt (HRM), MA (HRM), BA (Hon – Industrial Psychology) Karen is one part entrepreneur, two parts passionate-developer-of-working-adults, one part adventurer & scuba diver, one part mother & wife & daughter. Which is too many parts – but what does one leave out? She has been involved in adult education and training for over 30 years and the past 20 have been spent theorising about, writing about and actually doing recognition of prior learning (RPL). Her focus is on RPL in the workplace for formal credentialing, and this was the basis of the research that saw her awarded a DLitt by the University of Johannesburg in 2007. Karen trains on a number of full and partial qualifications, from subjects on the BBA degree to short courses in sales and human resources management. She always draws on her many years of experience and shares many personal stories and lessons. Karen subscribes to the sage advice of Dr Seuss when advising RPL candidates and her learners: “You have brains in your head. You have feet in your shoes. You can steer yourself any direction you choose. You're on your own. And you know what you know. And YOU are the one who'll decide where to go...”

The Difference Between a Coach and a Mentor 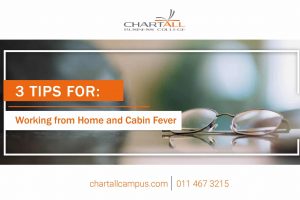 3 Tips for: Working from Home and Keeping Cabin Fever at Bay

The One Skill You Need to Ensure Success How to Motivate Your Team. 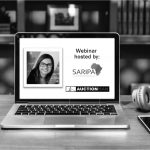 Webinar: COVID-19: The impact of this human tragedy on the South African economy.

Webinar: COVID-19 – rights of employees in business rescue and liquidation: will it be the same rules?

Subscribe to be notified about our course discounts
GET DISCOUNTS
Wait! Before you go...